Wireless set - some sensors not working

Hello, i have the basic wireless set with Base and Remote unit. These came with pre-installed firmware.

I also have RPi as a hub connected to the Base unit.

Any ideas how to get them working?

Let us know if you need more help.
Martin

Hi @hub.martin, thanks for the info.

Unfortunately, I don’t feel like creating/hacking the firmware (as I have zero knowledge of c language and associated build processes).

Is there any chance these features will be implemented and supported by default? I mean it makes perfect sense to have this working for everyone out of the box, right? I see no reason why one sensor is supported in firmware while the second is not.

I have no problem re-flashing the firmware when it is ready, as there is a tutorial in docs that covers it.

we do plan to make a generic firmware which will scan the remote node I2C sensor bus and support all our sensors. Based on your feedback we also add base module I2C bus scanning and sending the values from sensors.

Let us know if this will work for you.
Martin

This is great news, @hub.martin

Once the universal firmware is ready, it just needs to be be re-flashed to the nodes, I guess. Any idea how long it will take?

Just out of curiosity, do you also plan to somehow consolidate the gateways on the hub? I mean, there is a c application (bc-bridge) that reads data from the Bridge module and there is a python script that does the same for the Base module. I can imagine an universal application that supports both the Bridge and Base module would be nice. Also less maintenance for you as developers and for us as users of these products.

I will try to start programming the generic firmware next week, since there is a demand now

We plan more functionality in this firmware but basic reading values and sending them over radio/usb will be good start for now.

Gateways: What I know is that there’s no plan to port C code to the Python right now. The gateways are working ok now and we focus on new projects, documentation and support right now. However there are plans to put more functionality in Python gateway soon because of the radio addressing, so we will discuss your suggestion.

@hub.martin Cool, I bet I’m not the only one who will benefit from this universal firmware. Thinking about it, it seems like no brainer to have this sorted out. Besides, it will surely save the new users an unpleasant surprise

Please let us know when there is something to work with.

Regarding the gateway, i was thinking more about the bc-bridge style of gateway. But I have no real argument for doing it this way, other that it may be faster then interpreted python code and it would also keep the stack in one language ©. It was just that I cloned the repo, built the thing and have it running as a service and it worked. Good user experience. On the other hand the python script just magically popped up in the process list after the Base unit was attached. So I don’t feel like making suggestions here, just sharing my impressions.

Anyway, this is a great project, so keep up the good work!

New firmware for wireless set is here https://github.com/bigclownlabs/bcp-wireless-circus
Remote and Base supports all tag sensors and power module (relay and led strip).
Base measured every 10 seconds and remote every 5min.

Could you please share how to build this firmware and flash it to the nodes? I guess it’s just a few steps, but I’m real BFU in this area…

If you really want to build firmware, read this https://doc.bigclown.com/core-module-setup.html

Thanks for the directions. I didn’t really want to build my own, in fact I’m perfectly fine with the pre-built ones now that I see they are available.

I flashed the new firmware to the nodes and it works nicely. Therefore I suggest tho mark this topic as SOLVED. Thank you, guys!

Do you have any idea how to fix it?

Hello,
I apologize very much, maybe I missed an email about this issue.

Please use an old version of raspbiano 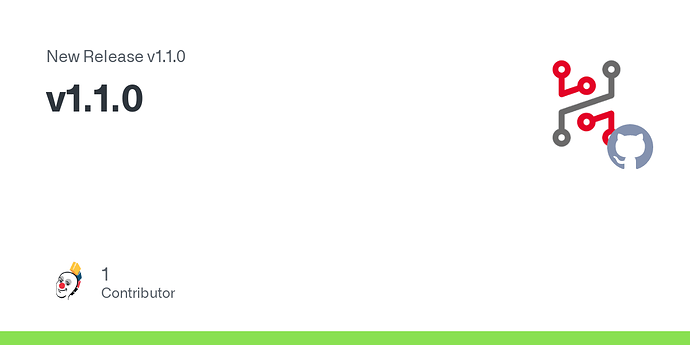 HARDWARIO Raspbian Image for Raspberry Pi. Contribute to hardwario/hio-raspbian development by creating an account on GitHub.

We are still working on the documentation for the new version, and there will also be support for multiple nodes.

Use Releases · hardwario/bcf-generic-node · GitHub instead of remote

As you can see the ice strip is a new wireless element.

Again, I’m sorry I did not notice this issue.